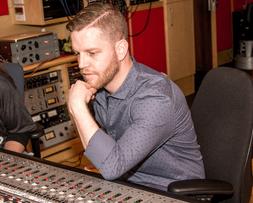 Mike (Greensleeves) has a Bachelor's Degree from the University of North Carolina at Chapel Hill and is the co-founder of the Denver based, live hip-hop band, Broken Tongues.

Mike is an MC/turntablist/producer/engineer with loads of experience in the writing, recording, mixing and performing aspects of music and has worked professionally in solo and full band applications for nearly a decade. Comfortable behind the boards or behind the mic, he can certainly provide beneficial feedback and forethought to take your project to another level. Mike has mixed for So You Think You Can Dance and numerous artists in the world of hip-hop including Papoose, Yah Yah, Naeem Oba and Q Burse.